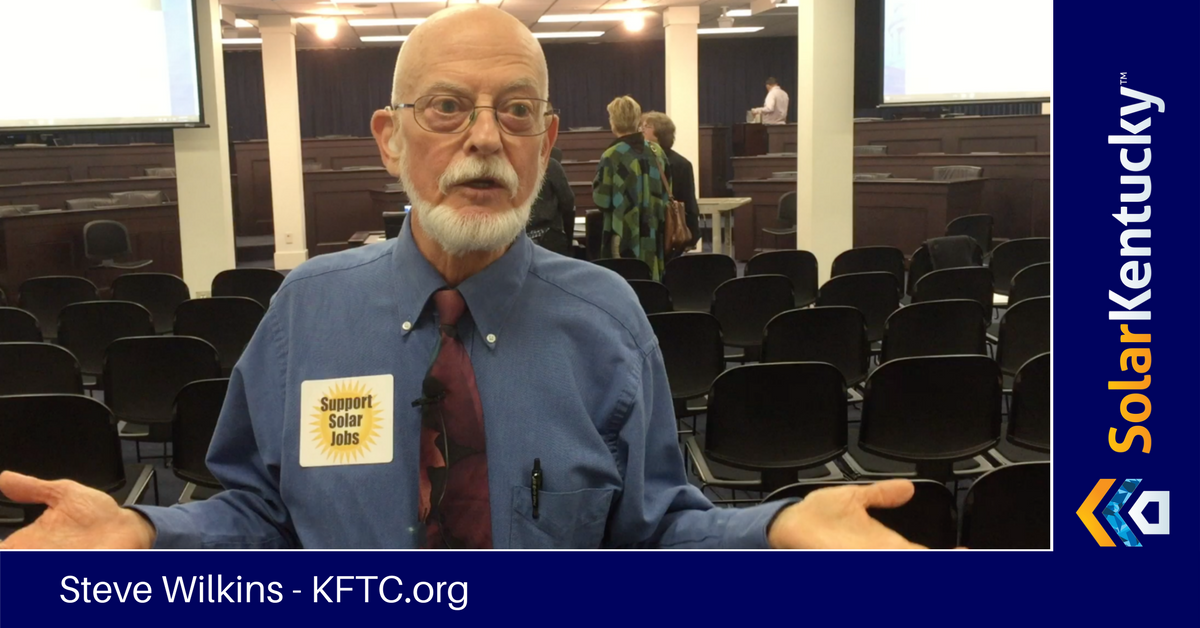 I spoke to Steve Wilkins of Kentuckians for the Commonwealth following a recent legislative hearing on Kentucky’s net metering policy. He is tired of hearing net metering painted as a subsidy. It’s not. Net metering is simply a credit that people with rooftop solar systems receive for putting excess power back onto the grid. They can use that credit to offset the cost of power they use when their solar panels are not producing electricity.

The attack on net metering in Kentucky

Net metering has been available in Kentucky since 2008. In the spring of 2017 Kentucky Senate Bill 214 was introduced. It would have made rooftop solar uneconomical and forced most Kentucky solar installers to close up. Fortunately the bill was withdrawn due to massive public support for rooftop solar.

Kentucky’s Interim Joint Committee on Natural Resources and Energy has had two hearings recently in which most of the testimony has been provided by utility interest groups. It is very likely that another anti-net-metering bill will be introduced early in 2018. Steve discussed his thoughts on the timing of this attack on net metering.